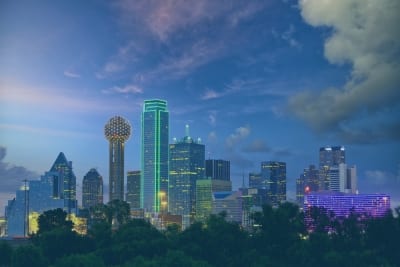 Niche Programming Languages Give Software Developers an Edge in Productivity

Python is a niche programming language on the rise.  Programmers and software developers fall in love with Python for many reasons. It causes an increase in productivity since there is no compilation step. The edit-test-debug cycle is really fast. A bug or bad input will never cause a segmentation fault.

When the Python interpreter discovers an error it raises an exception. When the program does not catch the exception the interpreter prints a stack trace. The debugger is written in Python, which testifies to Python’s introspective power. Many other aspects of Python make it a good first language to conquer.

Like Java, Python has a standard library so that the software developer that is just learning can actually write some code. By using the standard library, software developers work on realistic applications as they learn the software. Python’s interactive interpreter allows them to test features while programming. They can keep one window open with the interpreter running while they enter their program’s source in another window.

Scientists love Python. But scientific and engineering companies including pharmaceutical companies are not the only ones seduced by Python’s research capabilities.

Many Wall Street firms now hire university scientists who use mathematical analysis and are heavy Python coders. Python is becoming the popular kid on Wall Street and there are now proposals to require the prospectus for a bond to include a Python algorithm for determining who gets what return on the investment.

Python is an interpreted, object-oriented high-level programming language. Its data structures, combined with dynamic typing and dynamic binding, make it attractive for Rapid Application Development. It is used as a glue language to connect existing components together; it is simple and easy to learn.

Python has enough in common with Java and C++ that adding a notch on your belt for Python is pretty easy. Python is the language to use when you want to get things done. It allows you to express code in fewer lines than many other languages but is still readable and you can modify it.

Another niche language is Ruby. Or more often called Ruby on Rails: the combo of Ruby with the Rails framework.  Rails is a web development framework written in the Ruby language. Ruby is a general-purpose programming language created in the 1990s by Yukihiro “Matz” Matsumoto. It is one of the best languages to start with when you are first learning to code.

Ruby is a language in high demand.  The demand for Ruby programmers is tied to the Ruby on the Rails framework that launched the programming language into the mainstream in 2004. Many employers are using Ruby on Rails to build their websites and need software developers to maintain their code basis.

Ruby on Rails is designed to make programming web applications easier by making assumptions about what the developer needs to begin.  It is the software that knows best! It offers you the best way to do things and discourages you from choosing bad alternatives.

This language is gaining popularity for prototyping. Ruby on Rails sites are devoted to cataloging data that can be stored in tables such as Web applications. Some include Basecamp, Backcamp, and Campfire from 37Signals, a collection of websites that knit together group discussing, debates and schedules.

Rails gives you the advantage to writing less code while accomplishing more than many other languages do and have much more fun doing it. You may also discover that your productivity increases if you are able to let go of old habits from outdated languages.

Ruby on Rails can be used for your future game changer and your next new business site.  You will have at your fingertips an arsenal that implements some of the brightest ideas in computer programming. The Rails philosophy is simple: DRY: Don’t Repeat Yourself. I said, “Don’t repeat yourself.” Writing the same code over and over again is not only a time-waster, but it’s sloppy designing.

Find Your Programming Language Niche to Advance Your Career

Whether it is designing programs, checking for bugs in software, building a website, or improving code for programs already up and running, software developers play an integral part in today’s workplace and are in high demand right now. They are employed in a range of industries from computer systems, finance, and electronic product manufacturing.

The Bureau of Labor and Statistics projected a 22.8 percent employment growth for software developers between 2012 and 2022. It is estimated that over 139, 000 jobs will be created during this time span.

With the ever-increasing demand for software developers and the changes in software, it is good to know where you fit in this hot and exploding IT world. In this rapidly changing industry, employers want to see proficiency in computer science as well as experience. But it is up to you to find your niche in the world of computer design.

From JavaScript to JVM, times and tools are changing and so must you. The way you work and the way you think must keep up the pace. Currently, there is a rise in frameworks and walled gardens and things are not as open. Concerns about bandwidth, energy and scalability are surfacing on the software developer’s agenda. There so many changes in the air that you may contemplate packing your backpack and heading back to class to upgrade your skills.

Or you can just showcase your work by finding places to write code to solve technical problems. Start with a small problem that you want to solve and then move on to tackle the tougher jobs.

Whether you are coding in Cobol or designing in Ruby, as a software developer you must keep one eye on the trends to stay competitive in the evolving job market. Practical experience coupled with a passion for the occupation is what will get you noticed and propel you forward in your IT career.

Click to schedule your free IT career consultation with GTN Technical Staffing.

GLOBAL REACH
In addition to having a corporate presence in the following countries, GTN is able to hire in most countries and pay in most major legacy currencies as well as Bitcoin, Ethereum, USDC, Dash, and Solana.